Scenes from China’s quest to dominate the robotic future: At startup E-Deodar, a human-looking droid serves coffee to employees who are building $15,000 industrial bots that are about a third cheaper than foreign brands and are being used to automate assembly lines across the Pearl River Delta manufacturing hub.

Some 1,900 kilometers (1,200 miles) to the north, inside a lab at Beijing-based e-commerce giant JD.com Inc., a spider-like robot plunges down from its frame, seizes a book on a conveyor belt with its suctioned claws and hurls it into a crate. The machine can sort 3,600 objects an hour, four times as many as a person — just one piece of the robotic technology the company’s developing to automate warehouses.

That creates a big opening for Chinese start-ups. “The mantle of leadership is wide open,” said Justin Rose, a partner and manufacturing expert with Boston Consulting Group in Chicago. “China has the ability to rise to prominence.”

To get there, China has a two-pronged strategy. President Xi Jinping’s government wants local industrial robotics makers like E-Deodar Robot Equipment Co., Anhui Efort Intelligent Equipment Co., and Siasun Robot & Automation Co. to take on foreign players including Japan’s Fanuc Corp. or California-based Adept Technology Inc. for leadership in the $11 billion market. Chinese corporate demand is expected to power double-digit demand for factory bots, according to Gudrun Litzenberger, General Secretary of the International Federation of Robotics. In 2016, China installed 90,000 new robots. That’s one-third of the world total and 30 percent more than the year before.

Yet China’s ambitions go beyond factory robots that bolt and weld. Earlier this year, officials deployed a pollution-monitoring robot in the Zhengzhou East Railway Station, one of China’s busiest, and a Chinese deep-sea robot broke a new record, descending to 6,329 meters (21,000 feet) in the Mariana Trench in March. Xi, who in 2014 called for a “robot revolution,” was greeted by a droid when he visited a top science academy in Anhui province last year. “I’m very happy to see you, dear President. I wish you happiness every day,” said Jia Jia, who is also known as “robot goddess” for her good looks, the China Daily reported.

Right now, China lags rival nations when it comes to robot adoption. China had only 49 robots per 10,000 workers in 2015, versus 176 for the U.S., Germany’s 301 and South Korea’s world-leading 531. Yet if China’s robot build-out succeeds, it may be able to stanch the flow of factories moving overseas. 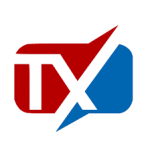